This new trailer came out recently for the UK version of Wicked.
Posted by Jer Alford at 3:45 AM 1 comment:

Oz Video Of The Month, *Avengers Of Oz: Age Of Tin Man

Darren Wallace recently did this video parody of the Avengers: Age Of Ultron teaser.
Posted by Jer Alford at 2:51 AM No comments:

Oz Video Of The Month: Loose Canon-The Wicked Witch Of The West

Notalgia Chick just did this look at the various incarnations of the Wicked Witch of the West.
Posted by Jer Alford at 5:00 PM No comments:

Xfinity recently ran this ad for their video description service for the visually impared titled Emily's Oz about how a blind girl pictures the 1939 Wizard Of Oz movie.

Posted by Jer Alford at 2:13 AM No comments:

What was left "Out Of Oz"

Despite Gregory Macguire's Out Of Oz being the final chapter in The Wicked Years series, there were some questions still left unanswered. Most of these concerned the Grimmerie itself, but I've tried to narrow down the bullet points of each area left uncovered by the books without trying to lead to much into personal head-canon.

*Glinda's possession of the Grimmerie
It's established that at some point after Elphaba's death, Glinda had somehow come into possessing the Grimmerie. Later on, Mr. Boss, the dwarf who operated the Clock of the Time Dragon, had relieved her of it, and then early in Out Of Oz gives it back to Glinda so she could use its magic to freeze Loyal Oz's dragon navy. But exactly how the Grimmerie went from Kiamo Ko to wherever Glinda was never explained. If Glinda went to the castle and retrieved the book on her own, or if Mr. Boss accosted it and brought it to her in the first place is uncovered.

*Glinda's memory loss
It is possible that Glinda used a spell on herself to make her forget originally keeping the Grimmerie, as well as taking in Rain and not remembering that she was Elphaba's granddaughter would fill in a little of the gap of the first point. But, nothing is shown about the Grimmerie being able to effect people's memories.

*Mr. Boss' boss
Mr. Boss' mission in Oz was to protect the Grimmerie, of which he used the Clock of the Time Dragon to occasionally house the book. But the dwarf claimed that he left his own world(supposedly Earth)to go to Oz and carry our the wishes of his own employer. Who this Boss of Bosses was never elaborated. It might have been the wizard that was said to have first brought the Grimmerie to Oz in the first place, whose job was to keep it safe from someone or something in our world.

*The purpose of the Grimmerie in Oz
The tome of magic was sort of Maguire's interpretation of Glinda's Great Book of Records which in the original Oz books was a large book that gave a brief history of the entire world from the dawn of time to modern day and could say what was happening at that exact minute, but not the future. The Grimmerie itself was more of a living book of spells capable of manifesting creations on its own, such as Mother Yackle. It's unclear if Yackle was a person that lived in Oz that was given a black slate on their memory(who might have been Elphaba's grandmother/grandaunt), or if she was created by the Grimmerie itself as she was folded into it at the end of A Lion Among Men isn't told. But the Grimmerie itself supposedly came from our world and was sent to Oz in order to hide it. The wizard who brought it there, who was not Oscar Diggs, either took it to Oz on his own, or was part of some organization with the task of guarding it. Oscar Diggs came to Oz at first to find the Grimmerie, but if this was something he did on his own or if he had any affiliation with this "Grimmerie Protection Society" remains a mystery.

Whatever happened to the Scarecrow and Tin Woodman
After Dorothy and her travelling companions returned to the Emerald City, we never learned much of what became of the Tin Man other than he went on to start some kind of "tik tok" revolution. Aside from Grommetik, we never learn about any other automatons in Oz which were supposed to be a minor work force under the Wizard's rule. Why they would need a revolution unless they somehow gained sentience and didn't want to be exploited any more is bizarre, that and why a non-tik tok like the Tin Woodman would like to lead the strange cause is very murky. As for the Scarecrow, we do know that after a final rendezvous with Liir after coming back to the EC, he was made into the Throne Minister after Glinda stepped down. It been established that there was a replacement "straw man" for the Scarecrow to replace him, mostly for public appearances while the shift was made for Shell Thropp to become Emperor of Oz. If that stand-in Scarecrow was the original Scarecrow with his straw stuffed into a fresh sack doesn't come up, and if so what happened to the first Scarecrow, or whether he was ever Fiyero reincarnated into a new body as in the musical.

The Cinema Snob did one of his Midnight Screening reviews of The Wizard Of Oz from Fathom Events. (WARNING: Foul language!)
Posted by Jer Alford at 8:39 PM No comments: 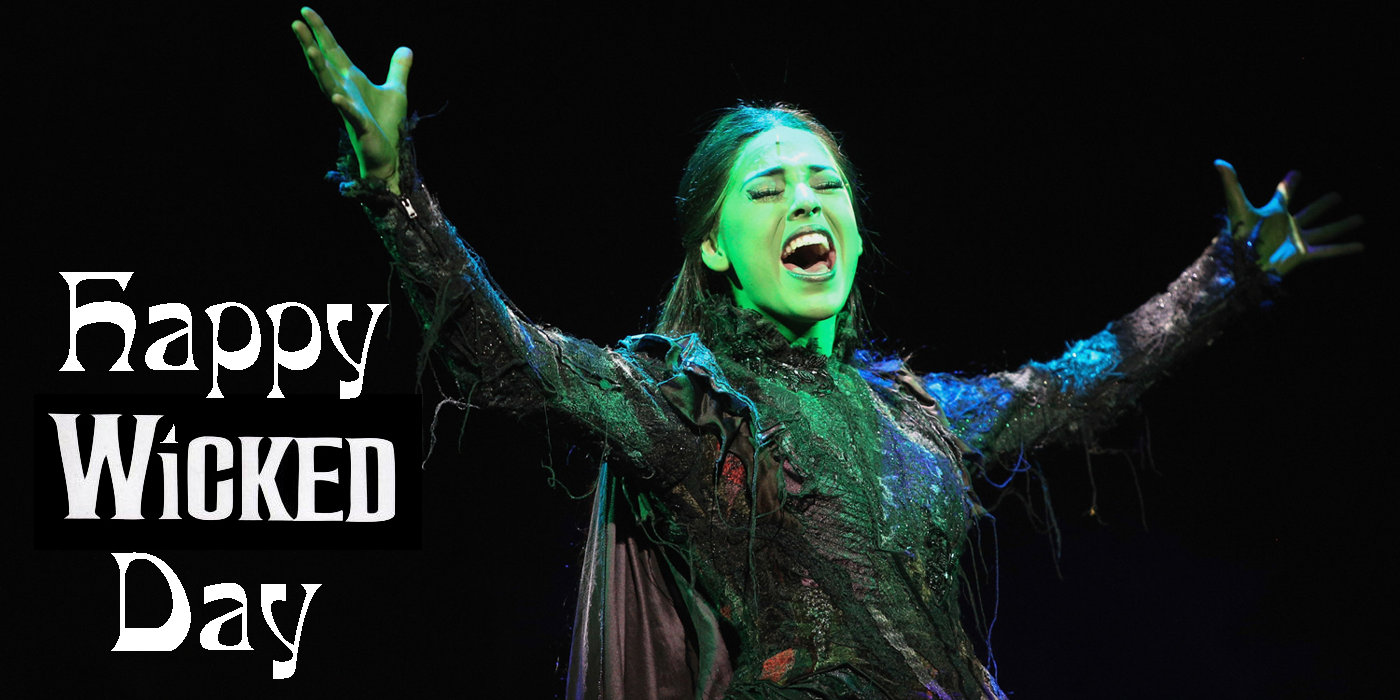 Posted by Jer Alford at 3:34 PM No comments:


Stage performance of The Patchwork Girl Of Oz which played at the Teatro Frida Kahlo Theater in California back in 2011.
Posted by Jer Alford at 5:13 AM No comments:

Oz Video Of The Month: Legends Of Oz Trailer

Sorry for the delay this month. Here's a teaser for the upcoming Legends Of Oz movie.

Posted by Jer Alford at 5:07 PM No comments:

DC's Vertigo line of Fables recently wrapped up its A Revolution In Oz storyline which was featured as a backup story in Issues #114-#123, and then into a full-length conclusion in Issue #124. This follows the adventures of former Fabletown librarian, Bufkin, a flying monkey from Oz who after Fabletown's destruction managed to make his way to back to Oz, although he lost his wings along the way.

Bufkin returns to Oz along with his miniature Barleycorn Bride, Lily, to find the place has been taken over by the Nome King. So he teams up with the escaped Jack Pumpkinhead, Bungle the Glass Cat, and Sawhorse. They then managed to gain help from some rogue nomes and talking animals to break into a treasury where a lot of Oz's magical artifacts lie, including the Golden Cap they use to enlist the help of the other flying monkeys. Bufkin was captured during the raid, but his friends rescue him by using the Powder of Life on the rope meant to hang him. The revolutionaries then decide to get at the Nome King by putting a bounty on his head of not one, but two lollipops! This causes the Nome King to send all his troops out to capture or kill any kind of suspicious citizens, which turns out to be about everyone. With his forces scattered, the revolutionaries take down the rest of his forces, leaving the Nome King all alone to be hung by none other but the living rope. Bufkin then refuses to become Oz's new emporer, and leaves it in the care of Jack, Bungle, and Sawhorse. Then he, Lily, and the rope set off to free other people from tyranny wherever it exists.

The finale shows what became of our heroic trio. Bufkin, Lily, and Rope lived on for another 700 years. They went on to different worlds and different challenges, but never really coming back to Earth to reunite with the other Fabletowners. The fought dragons, gentlemen wendigos, and evil slavers. Bufkin loses one of his hands, but thanks to a mad scientist gets it back again along with his wings, and Lily for a while gets her mind transferred into a female monkey body for about thirty years, to which the two of them have a few kids from. Sometime later, Lily uses a magic fork to wish Bufkin into a Barleycorn body, two which they also have some offspring from, although the wish eventually wears off. They also both get turned into umpapa birds for a while, and lay several eggs from. Eventually though, they both return to Oz, and retire by one of the lunchbox trees. Bufkin dies of old age, and Lily passes away about a week later. Where this happens in continuity with the regular Fables storyline is a bit glib since time in some of the fairy worlds go quicker than other.

This made for a decent closing for one of Fables' supporting characters who managed to get his own storyline, which I thought was actually better than the Jack Of Fables series. The only thing though is the don't give much any mention to the other Oz characters already shown in other Fables comics like Dorothy from the Cinderella mini-series, or Ozma who has become the head of the witches of Fabletown. Strange how the Princess of Oz doesn't seem to show any interest in her homeland. Anyway, it's definitely worth a look. The collected entire storyline can be read in the Fables: Snow White trade paperback.
Posted by Jer Alford at 1:53 AM No comments:

Oz Video Of The Month: Music Movies-The Wizard Of Oz

Paw Dugan just did this review on the musical aspects of the 1939 Wizard Of Oz movie.

Posted by Jer Alford at 5:33 AM No comments:

Oz Video Of The Month: Rifftrax

Rifftrax is finally doing the 1939 Wizard Of Oz.

Posted by Jer Alford at 3:06 AM No comments: